By the nineteenth century, the term ‘Landscape’ also stood as an antipode for the visual as well as social consequences of the Industrial Revolution. The landscape was portrayed as a form of therapy, a release from the hectic stresses of modern day life. The art movements, Romanticism and Pictorialism reflected these attitudes, but often ignored the ways in which the Industrial Revolution actually impacted on the visual environment.


Romanticism in paintings defined the rural idyll. The image below by Camille Silvy, is in fact a carefully staged construction showing the myth about the calmness, the simple leisure’s and pleasures of what the countryside has to offer.
Camille Silvy, River Scene, 1860

Pictorialism however, took this further. The landscape became merely the background against which stories were told. Henry Peach Robinson’s image below is one such example. As the image below, is based upon the poem, ‘The Lady of Shallot’ by Alfred Lord Tennyson. 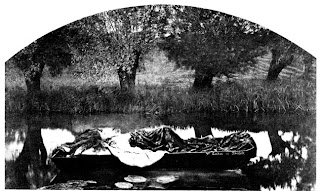 
Both of these styles contrast with today’s modern view of landscape photography. Photographers such as Ansel Adams, Edward Weston and Minor White demonstrated the notion of ‘Pure Photographic Seeing’, which often stressed the aesthetic and spiritual dimensions of the landscapes. 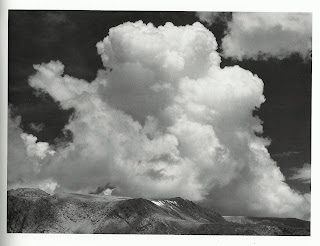 Ansel Adams, Clouds, Sierra Nevada, California, C,1936
Linking back to escapism and landscape, a lot of the images in modern tour guides combine these multiple genres (drifting off a bit but, in a way tourism and escapism are one and the same, humans seek escapism and tourism is often a result of this). The images used in tour guides often show a romantic quality to the landscape, but are also fairly rooted in modern photographic views on landscapes. 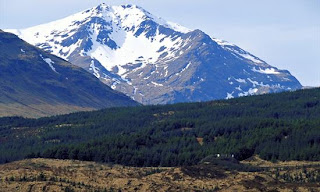 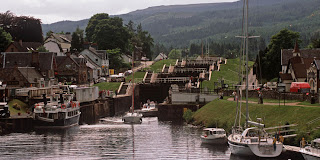